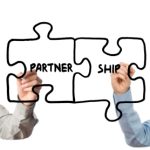 Over the past decades partnerships have become a pervasive element in studies on the organization of social and economic activities at both national and international levels. It is noteworthy that, notwithstanding the popularity of the concept as evidenced by the vast amount of articles on the topic, Barnes and Brown (2011) recently described partnerships as of poor theoretical appeal, underdefined, and poorly scrutinized. Their conclusion was mainly inspired by experiences in the area of economic development, as partnerships were explicitly mentioned in the Millennium Development Goals (goal eight refers to ‘‘global partnerships for development’’). A loose definition of partnerships as linkages between independent organizations for achieving economic and social objectives includes partnerships that widely differ in terms of size, scope and complexity. Partnerships may range from the UN/Nike foundation for adolescent girls in developing countries; to multi-stakeholder approaches (between NGOs, local governments, multinational companies and farmers); to relatively simple agreements at local levels (Toyota’s partnerships with suppliers; farmers partnering with agricultural lead firms). It is striking that a majority of the literature seems to focus on the logic of types of partnerships while neglecting their effectiveness and the key determinants of these partnerships. In this article, we aim to contribute to the literature by focusing on relatively simple bilateral partnerships between farmers and lead firms in the value chains of pineapples in Uganda and Kenya. Rather than focusing on the logic of the (type of) partnership per se, we use data on (1) the assessment of relevant partnership characteristics, (2) the organizational strength of the partner, and (3) the outcomes of the partnership in terms of their capacity to upgrade the farmers.

Over the past decades partnerships have become a pervasive element in studies on the organization of social and economic activities at both national and international levels. From an economic angle insights on value (or supply) chains were popularized in the 1980s by Porter (1986; 2008) who used the concepts of the value chain and value system to describe a company’s activities. Since the value system consisted of a broad range of primary and support activities, this straightforward descriptive tool opened the door to many organizational arrangements. More recently, Gereffi, Humphrey, and Sturgeon (2005) categorized networks of production, and by implication partnerships between interlinked companies, as solutions in between the traditionally well-researched extremes of hierarchies and markets. Hierarchies make sense if transactions between business units are complex, easy to codify, and the capabilities of suppliers are limited; a market solution is more efficient if the transactions are simple, hard to codify, and capable suppliers are available. It is not hard to think of in-between situations that call for a solution that falls between the two extremes, as vast permutations exist if Gereffi and colleagues’ (2005) analytical framework is applied to all the primary and support activities as described by Porter (2008). The increased interest in partnerships, from an economic perspective, can be related to the global trend of outsourcing, as witnessed by Feenstra’s (1999) discussion of disintegration of production versus integration of trade; Krugman’s slicing of the value chain (Krugman & Venables, 1996); and Bhagwati (1994) kaleidoscopic comparative advantages. The trend of disintegration of production seems to be out of sync with the increased attention paid to social propinquity (Scott & Storper, 2003) and economic clusters and partnerships, but Gereffi et al. (2005) point out that industrial agglomerations are the most likely places for relational aspects of partnerships to flourish. Alternatively, the consequence of disintegration of production may be less hierarchy and When we shift our attention to the effectiveness of partnerships, the literature is less outspoken. The literature is especially scarce with regard to the outcomes of complex multi-stakeholder partnerships with a broad (social and economic, and=or developmental) scope. Bitzer (2011) discusses partnerships from both a governance and a development perspective. According to this author, if coupled with issues of sustainability, partnerships that consist of multiple stakeholders lead to positive changes in global commodity chains. From a developmental perspective, the outcomes look less rosy as these partnerships are unable to empower smallholder farmers, and they focus on incremental rather than radical changes. Studies that adopt a narrower scope with a focus on, say, profits and growth, such as Samuelsson, Larsen, Johan Lagerkvist, and Andersson’s (2008) simulation of partial (e.g., crop sharing) agreements, point to substantial benefits from collaboration up to the point of wondering why many partnerships are only partial. Along with the wide scope of issues of sustainability, numerous literature focuses on north-south partnerships in which (governments of) developing countries, donor organizations, multinational companies, and farmer organizations join forces (cf. Termeer, Hilhorst, Oorthuizen, 2010). Obviously, the variety of types of partners in multi-stakeholders platforms makes it all the harder to measure and achieve long-term objectives that are formulated in vague terms. Still, recent literature indicates key success factors to several kinds of partnerships: trust among the stakeholders, involvement of the partners, removal of institutional barriers (Drost, Van Wijk, & Mandefro, 2012), open-mindedness, and willingness to learn (Ferroni & Castle, 2011). A study by the World Bank Group (2007) acknowledges that institutional barriers prevent small farmers from having access to knowledge and technology, credits, markets, and farmer organizations. Examples of studies that use this set of constraints are Bitzer, Van Wijk, Helmsing, and Van der Linden (2009) and Van Wijk and Kwakkenbos (2011). The idea is that through value chain partnerships, private enterprises that aim at sourcing locally, and smallholders, nter collaborative agreements aimed at removing these barriers in order to develop a commercial supply chain. The upgrading of farmers, in terms of adopting new technologies and management techniques, has four forms (Humphrey & Schmitz, 2001): (1) process upgrading, in terms of more efficiently transforming inputs into outputs by reorganizing processes of introducing innovation; (2) product upgrading, increasing the quality of the output for instance by abiding by meeting quality standards; (3) functional upgrading, by adopting new tasks in the chain like design, branding, and logistics; and (4) inter-chain upgrading, by using the enhanced knowledge in other chains and markets. In this article we focus on relatively simple (bilateral) partnerships between farmers and lead firms in the pineapple supply chains in Kenya and Uganda. Even though the upgrading of these value chains is supposed to contribute to the economic and social development of the region, our aim is not to discuss the logic of this particular type of…

Key Determinants of Effective Partnerships: The Case of Partnerships Between Lead Firms and Farmers in Pineapple Value Chains in Uganda and Kenya